The heart of any conversion is of course the engine, whether it is uprating the TR7 engine to Sprint spec or going all the way with the Rover V8. As we all know, the Rover V8 has been around since 1961, when it began life in the USA powering the compact Buick and Oldsmobile. It was first seen in the UK during 1967 residing in the Rover P5. Such was its success that it found its way into many other models of which the Rover SD1 is most well known. Others, perhaps less well known, were the Land/Range Rover in all its various guises, the Rover Vitesse, the Rover Vanden Plas, the V8 MG's, the TVR and of course the Morgan. So when trying to find a donor engine there are many places to look.

First, a word of caution regarding the early engines fitted to the P5, P6 and early Land Rovers. These engines had compression ratios of 10.5:1 which may look attractive from the point of view of power output (160bhp) but they suffered from serious oil leaks. These were due to the fitting of rope type seals to the main front and rear crankshaft journals. 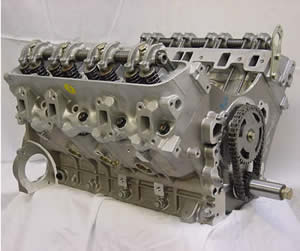 This problem and others were addressed when the engine was redesigned in 1976 with the introduction of the SD1. The crankcase was strengthened, lip seals fitted to cure the oil leaks, modified heads were incorporated using larger inlet and exhaust valves, the porting was improved to obtain better gas flow and the pistons modified giving a compression ratio of 9.35:1. The resulting basic engine has continued in production until 2004 in various forms.

So, as a general rule, any engine built after 1976 should be a good starting point when looking for a suitable engine for the conversion. Another factor is that dreaded scenario - unleaded fuel - I now have it on good authority that all UK EFI engines and also carburettor engines from 1987 are fitted with cylinder heads compatible with unleaded fuel. However, a word of caution, the timing will probably have to be backed off a few degrees if using 9.35:1 pistons, this will minimise pinking. 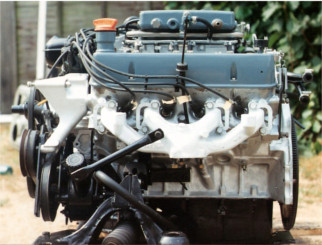 The next major consideration is cost. A V8 engine can be obtained from a scrap yard for as little as £100 - £200 or a new/rebuilt engine could cost in excess of £3000. A scrap yard engine will probably be from an SD1 which may or may not be a runner, alternatively some diligent searching through Exchange & Mart or the free ads might produce a complete running car. In either case try and get the manual gearbox version as this will have the flywheel and bell housing that will be required for the conversion. If buying a complete car, don't forget it will need to be stored somewhere until it is stripped!