Returning from a Club night, a couple of months ago, I parked my TR8 in the garage, turned off the lights and the ignition. Much to my surprise, the headlamp pod on the offside decided not to stay in the parked position but kept rising and falling. Previously, I had seen it go up and down a couple of times and then settle in the parked position, but this was continuous. I tried switching the lights on and off again in the vain hope this would help but to no avail. There was only one thing to do disconnect the battery, lock the garage and go to bed. A few days later, I removed the faulty motor and repaired it using the following procedure, which I hope will be of use to others. 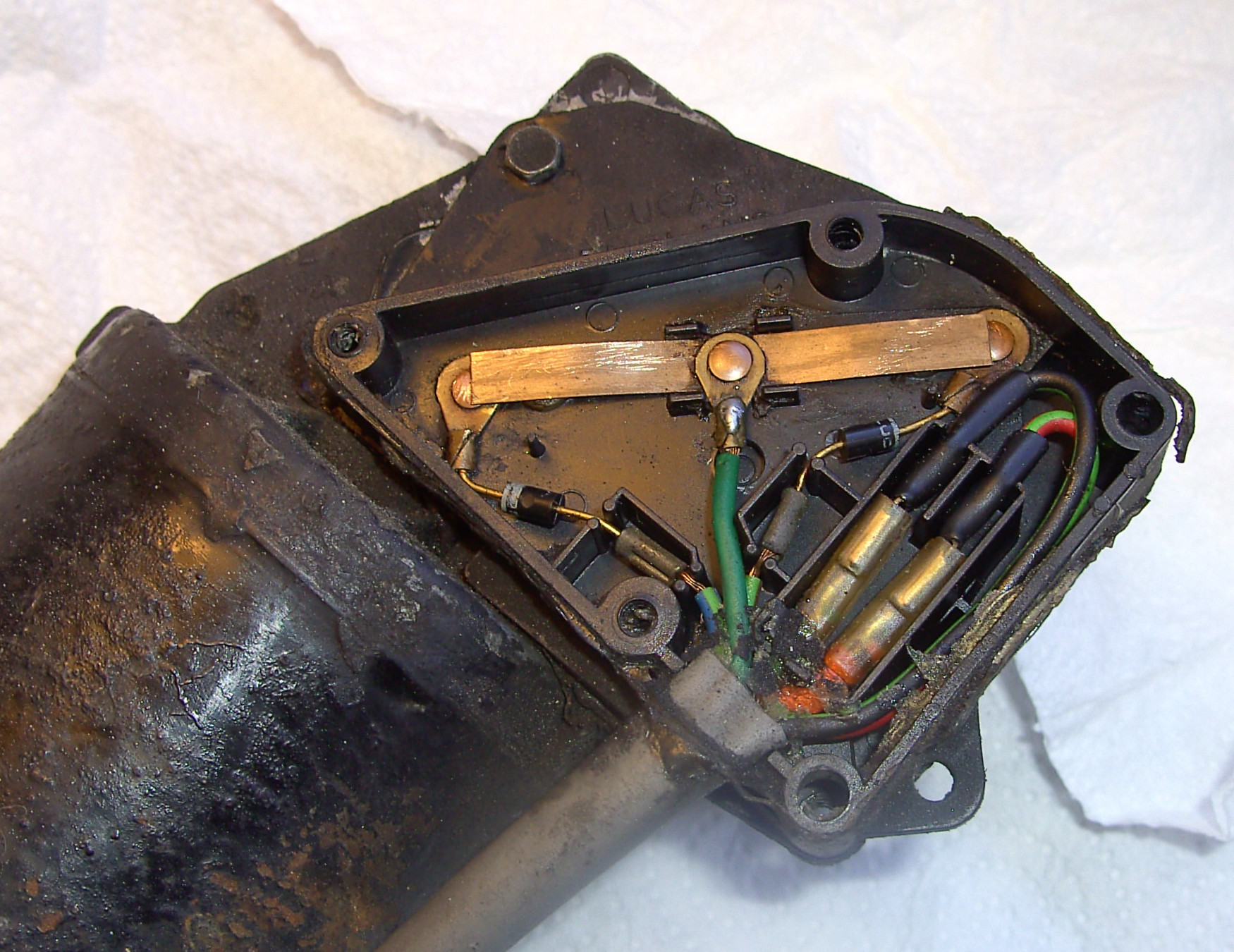 With the motor on the bench, remove the four retaining screws and two covers. Inside there is a copper strip whose ends rest on a copper stud, each of which are connected to the positive end of a diode via an eyelet. If one end of the copper strip, is sticking up then rotate the knurled knob at the base of the motor until it lies flat. A continuity check can then be made between each of the positive diode leads and the green wire eyelet connector in the centre of the copper strip. This should be zero or very close to zero resistance, but one or both will probably be found to be high resistance. It is very difficult to clean the connections properly without bending the copper strip out of shape, so what may appear to be a drastic solution is needed. 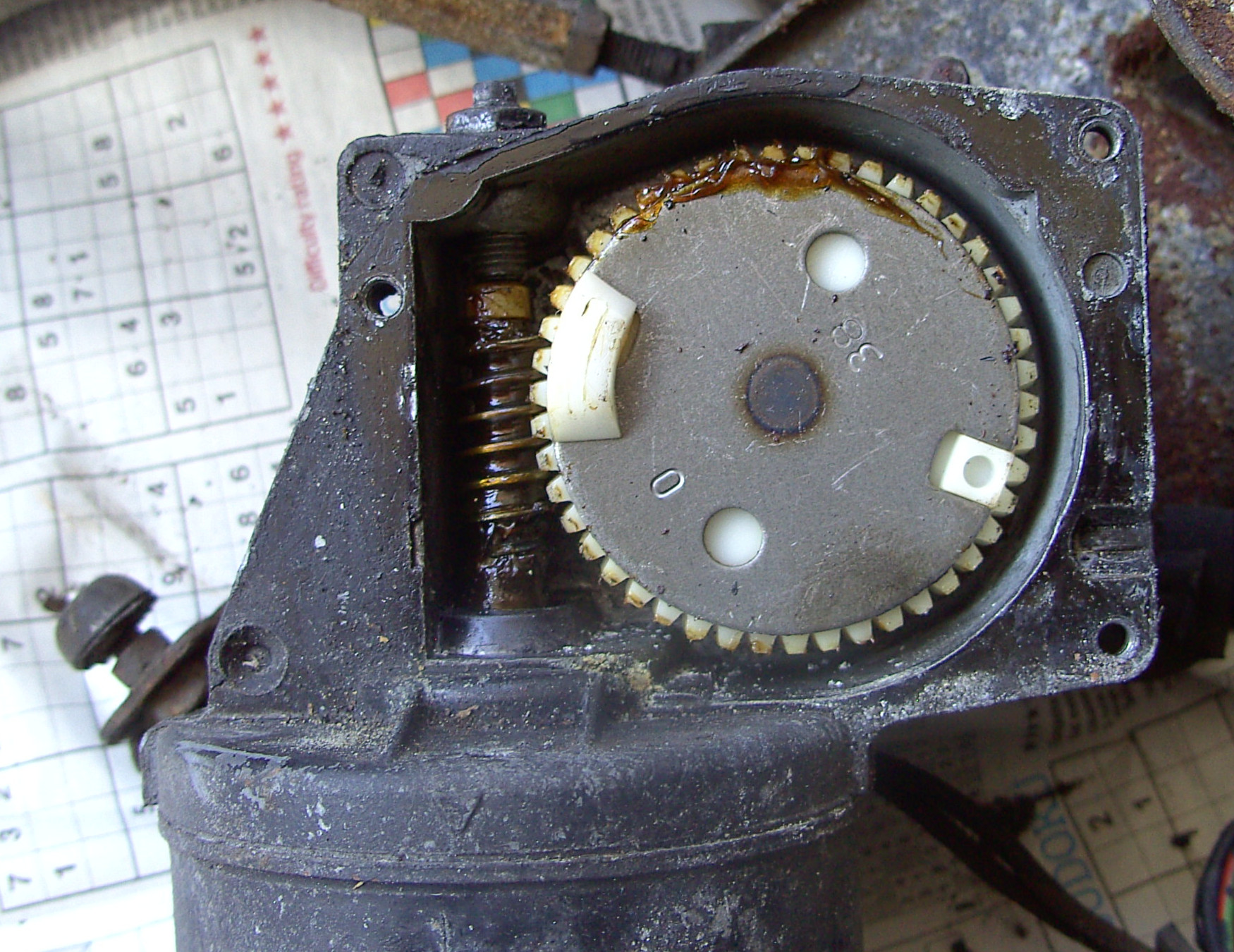 Remove the screw holding this unit to the motor and carefully lift away the switch assembly, revealing the cog/cam underneath.

Warning: DO NOT rotate the knurled nut at the base of the motor at this stage as it will upset the timing.