The Le Mans TR7 story starts back in 1977 from a redundant Left Hand Drive TR7 that had been used by Janspeed as a development vehicle for British Leyland Motorsport. Jan Odor brought the car from BL, planning to modify it for Modsports racing but by the time the necessary parts had been gathered together, a change in the modsports rules thwarted the project. Instead the car was restyled with racing body panels and fitted with a turbocharged Rover V8 engine.

At this time Jan Odor was seriously planning to develop this car into the Group 5 Silouette Class, dominated by the Porsche 935 but progress was slow till the ADA (Anglo-Dutch-American) Engineering helped on the scene. ADA's Ian Harrower and Chris Crawford were seasoned campaigners at Le Mans and keen to race this all British sportscar. Negotiations were entered into and a deal was struck, with Janspeed loaning the car to ADA - who would finance the project - whilst Janspeed carrying on the development of the engine. This Rover 3500 V8 engine had a pair of Rotomaster Turbo-Chargers fitted and Twin 2in SU carburettors, providing well in excess of 500bhp from 3619cc. This engine development programme was an ambitious job, with special attention paid to the interchange cooling and belt driven ancillary oil pump to keep al the vital bits cooled. The suspension was largely unaltered but fitted with Bilstein Dampers and Formula One brakes, covered by 15in Compomotive wheels. (10in wide front & 14in wide back fitted) 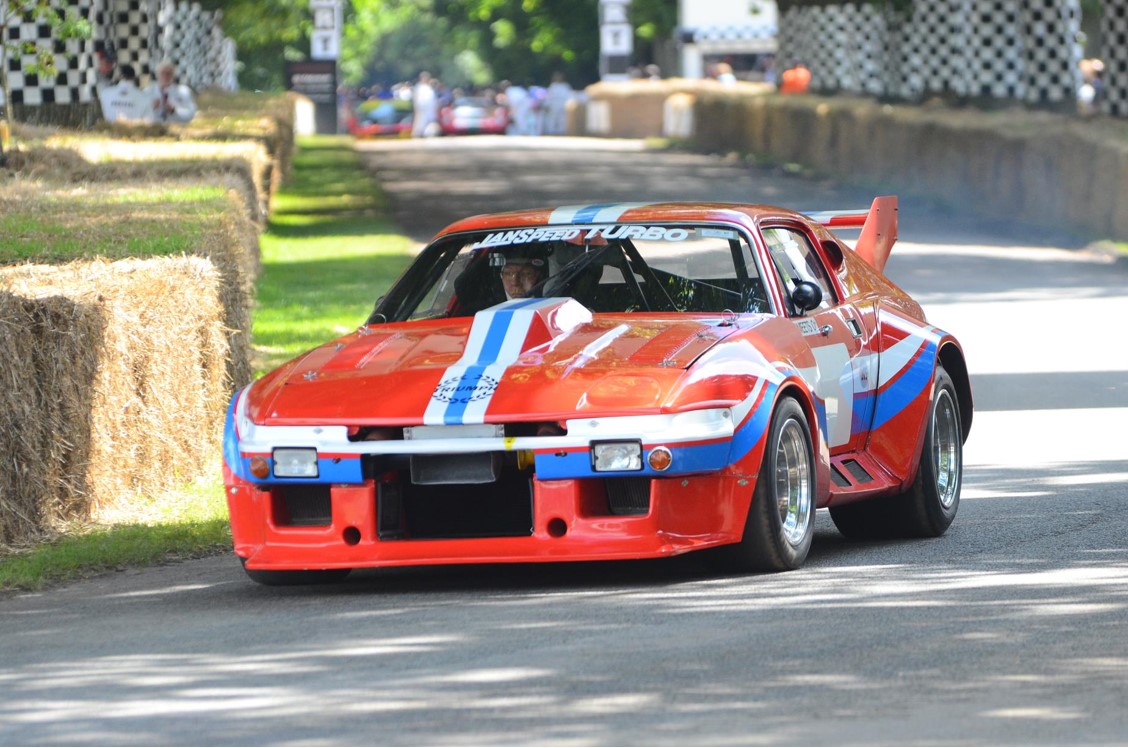