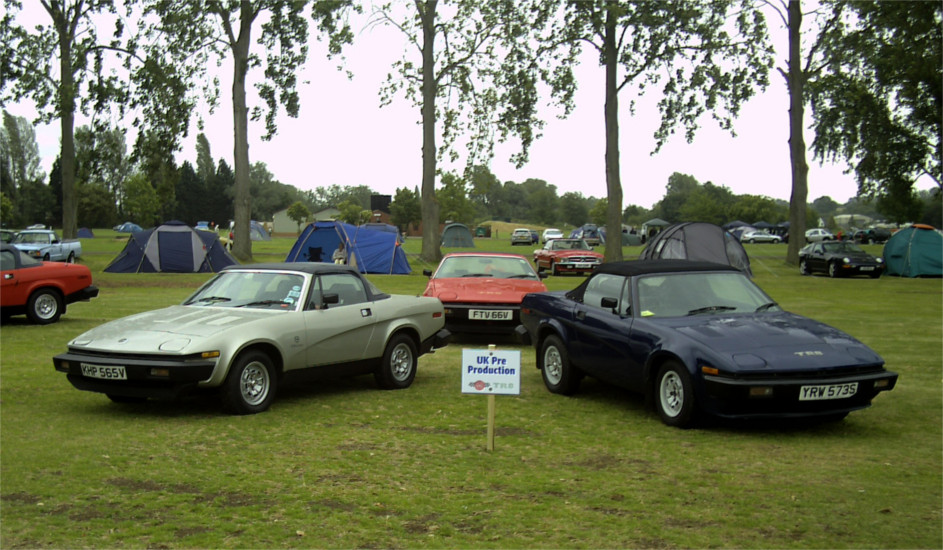 After last years' inclement weather at Billing, it was with some trepidation that I was persuaded to organise a third TR8 Day during our National Weekend.

In 1999 and 2005 we were blessed with sunny weather and consequently achieved excellent displays of 36 and 30 cars which, bearing in mind only 120 examples of the TR8 are known in the UK, was a great result.

Based on this, invitations were sent to all the owners, regardless of whether they were TRDC members or not. A great deal of background work was done by Brian Ridley-Jones who printed off all the special invitations and Roel van Es who organised the information boards and the layout of the field. This year no mementos were available as it seemed impossible to establish a suitable theme.

Although not all the replies were positive, initial indications showed that 23 people would be available to show their cars, so I was confident that we would have a good cross-section of cars by the 6th July.

However, in this world few things go to plan. The weather during the preceding week was bad to say the least, plus those strange people from F1 had organised some sort of rally at Silverstone. Sunday morning began fairly dry but with patches of drizzle, so Roel and I set up the display area. By 10.00am the cars began to arrive and the job of marshalling them into their correct positions began. This year we had decided to arrange them by model type i.e. experimental, pre-production, USA spec, Canadian spec, UK spec etc. This gave an overview of the evolution of the TR8, albeit short-lived.

Sadly the final count of cars was only 18 plus Steve Thomas's TR8 replica rally car in another display. This was very disappointing, but bearing in mind the weather and the cost of fuel maybe it was to be expected.

The final count was as follows: