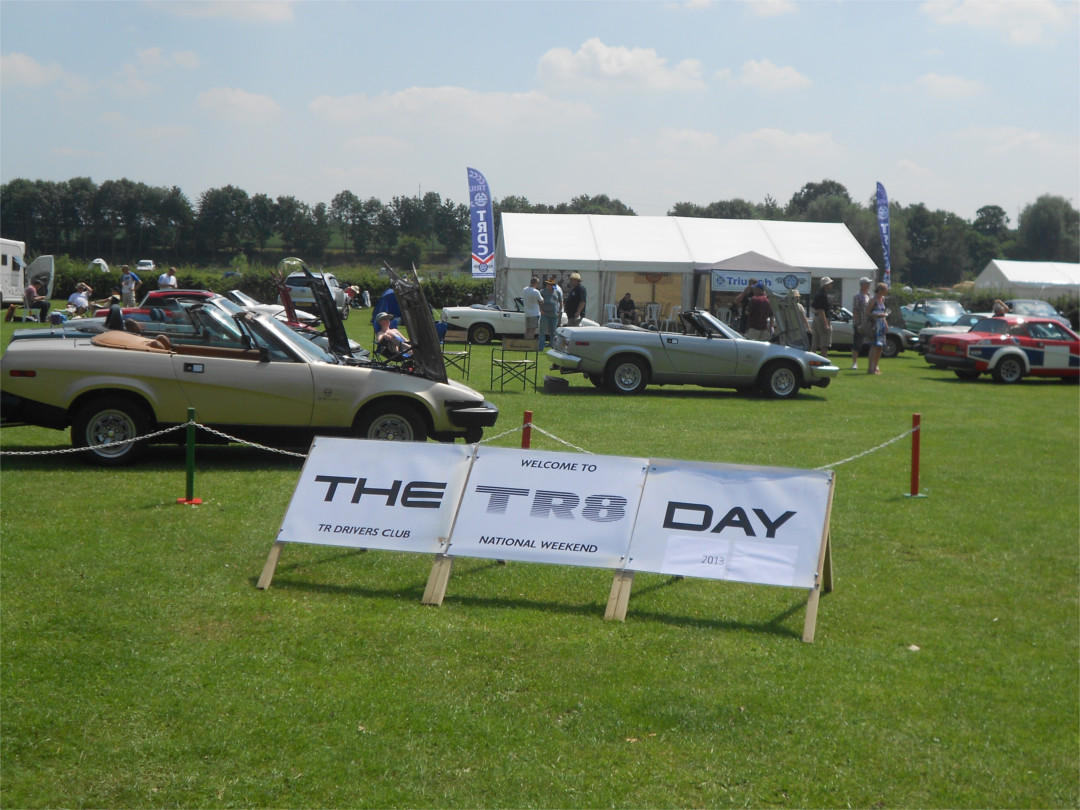 After the resounding success of the first TR8 Day in 1999, it was with a certain amount of trepidation that I began organising the fourth TR8 Day. In 1999 I knew the owners of 100 cars in the UK, so having 36 cars on display was a good achievement. By 2013 the known number of cars in the UK had risen to 120 so I felt that we should aim for at least 40 in the display this year. With this in mind invitations were sent to all the owners regardless of whether they were TRDC members or not.

A great deal of back ground work had been done by Roel van Es to modify and update the website for the TR8 Day – namely tr8-uk.org and Brian Ridley-Jones who printed off all the invitations. Similarly Val McMillan was instrumental in revising and updating the booklet "Is it a TR8", which was to be the little memento for the day. Not forgetting Keith Cox who was of great assistance with the signage.

Although not all the replies were positive, initial indications showed that 31 people would be available to show their cars, so I was confident that we would attain the magical 40 cars by 7th July. However, in this world, few things go to plan and by the week before the National Weekend we had reached 27 cars and then for various reasons this had fallen back to 24.

Sunday morning began dry and sunny with the promise of a great day unfolding. By 10.00am the cars began to arrive and the task of marshalling them into position began in earnest. Keith and I had marked out the positions for the cars so the display began to take shape.

With the wide and varied specifications of cars attending, it was necessary to have a basic plan to show them off to best effect. The provisional total indicated that there would be four Fixed Head Coupes, four UK spec cars, four experimental cars, four pre-production cars, three Canadian spec cars and four USA spec convertibles plus the TR8 Rally car. As there was a large proportion of works cars it was decided that they should have pride of place.