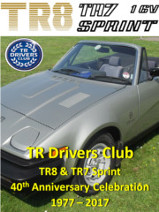 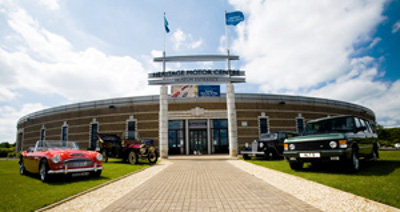 Initially it had been envisaged that we would hold the fifth TR8 Day in 2016, however it was decided that the TR7V8 Rally Cars should take centre stage that year. It was therefore decided that the TR8 Day should be held in 2017 in conjunction with the TR7 Sprints.

For 2017 everything changed. Our usual venue, Billing Aquadrome, had been closed to all the car clubs to allow for more caravan parking, so it was up to our esteemed National Weekend Organiser, Simon Bryan, to find an alternative venue.

To remain in the central part of the country a number of options were put forward, the final candidate being the British Motor Museum at Gaydon Warwickshire. It had all the ingredients necessary for the TRDC National Weekend, including plenty of room for the TR8s and Sprints, together with a museum which contained many of our favourite cars. Added to this we would also be included in the BMC and Leyland Show on the Sunday.

Being a new venue it was necessary to do a great deal of background work to make the best use of the area allocated to us and to get in touch with the owners of the TR8s.

The display focused on the "Production Time Line" and the 40th anniversary of the commencement of production of the TR8.

i) A range of cars depicting the early USA FHC’s of 1977 plus the DHC’s in their various forms through to 1981.
ii) A number of the "18" very rare UK specification convertibles.
iii) Genuine TR7V8 Rally cars from that period.
iv) An almost complete set of experimental cars relating to TR8 production.
v) Pre-production cars used in various roles to assist production methods and carry forward new ideas.
vi) Additional production cars through the years 1977 to1981.