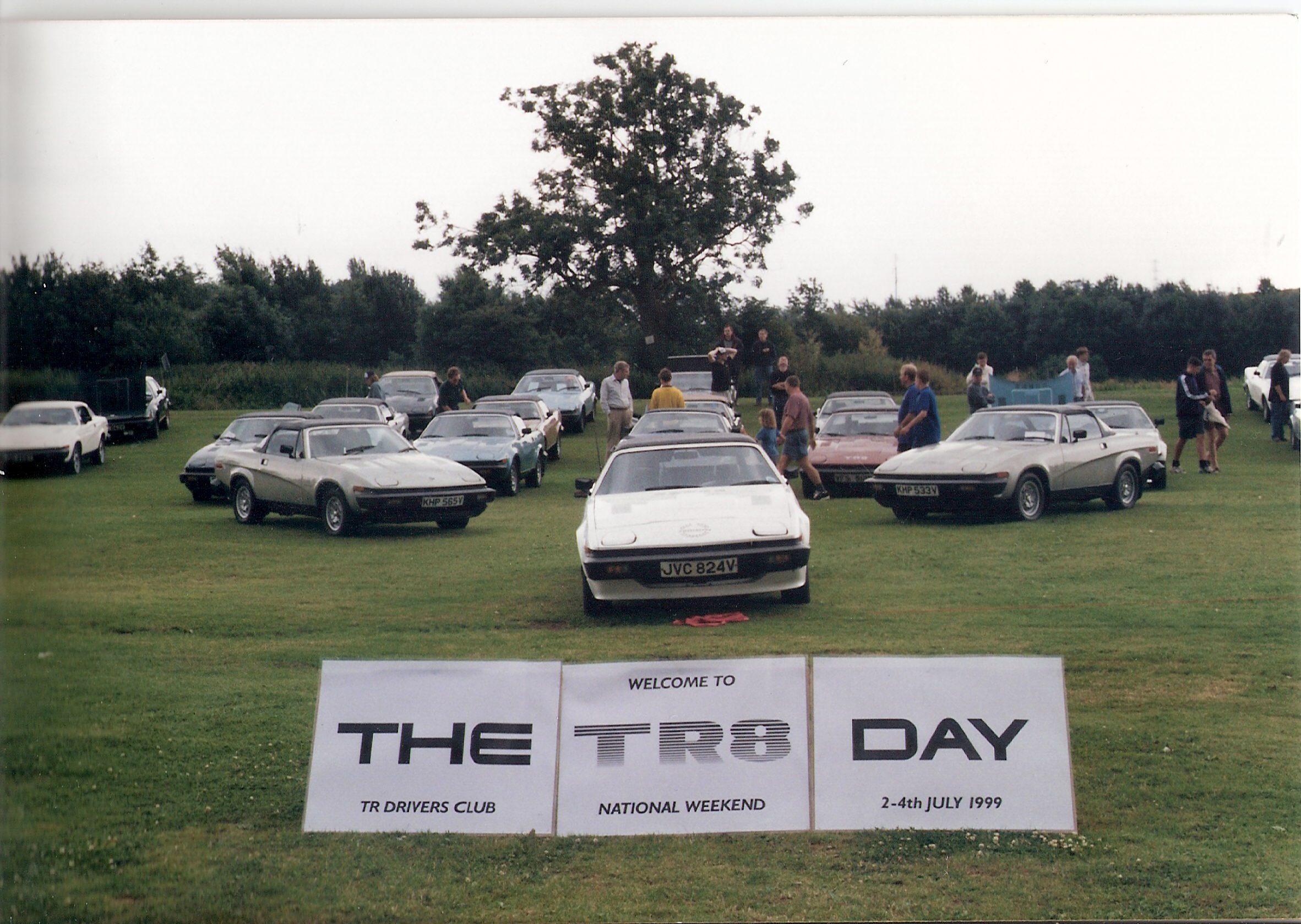 I suppose the idea of holding a TR8 Day for the owners of factory built TR8's first began to evolve in 1995. My position as TR8 Registrar, coupled with the, then, 8 years accumulated knowledge of the whereabouts of nearly 100 of these cars in the UK, made me feel that it would work. After talking it through with the local Hampshire area TRDC members, and subsequently with members throughout the UK, it became evident that a large proportion were in favour of the idea.

The next problem was where to hold it. Bearing in mind that the majority of 8's were in the South and the Midlands, the best solution seemed somewhere in the middle of the country. However this did not fit in with the venue for the last two year’s National Weekends. When it was decided to go back to Billing for the 1999 weekend, the idea suddenly became a reality. It was then down to the hard work of organising The Day.

With a great deal of help from Brian Ridley-Jones and Pete Blackler, using their "state of the art" computers, the personalised invitations and accompanying literature were soon on their way to over 80 TR8 owners, regardless of whether they were TRDC members or not. This figure was reduced from 100 as some of the cars were in museums, at Gaydon or being restored.

Although not all the replies were positive, holidays and prior engagements taking their toll, the number of cars entered soon reached 30 and by late June had risen to 36. As the day had been advertised in all the major classic car magazines, I expected one or two previously unknown cars to come to light, in this I was not disappointed, four new ones actually came to the show.

With the wide and varied specifications of cars attending, it was necessary to draw up a basic plan to show them off to best effect. The provisional total indicated that there would be nine Fixed Head Coupes, ten UK spec cars and seventeen USA spec convertibles. A nice balance would be achieved if the USA convertibles were in the middle with the Coupes and the UK spec cars on either side.

The first day of the National Weekend dawned dry and fairly bright. So Roel van Es and I began the complicated task of marking out the relative positions of the 36 cars ready for the show. By 5 o’clock the job was complete, Roel set off for his home close by, whilst I enjoyed a well earned meal at the Aquadrome’s pub with Kevin and Debbie Morton.